Did you know that combat can be one of the most sexually charged environments in existence? And have you ever wondered what goes on behind the scenes when an attractive, naïve, virginal, young Army woman deploys to war with hundreds of healthy, testosterone-laden men? Or, what happens when that innocent woman is asked to invade Iraq and suddenly gets the worst period of her life?

If you want a hilarious, shocking, tell-all account of the Iraq invasion – the version they didn’t share on CNN – then watch War Virgin perform her musical comedy show. Be regaled with true stories of her militarily influenced coming-of-age, starting with West Point – or what she fondly describes as the world’s biggest sausage fest. Then hear all about how the Iraq war ironically catalyzed her own sexual liberation, after being religiously repressed for her entire life.

No veteran or West Point graduate has ever offered such a candid, irreverent look at the comically naughty, sexually-charged underbelly of the military. 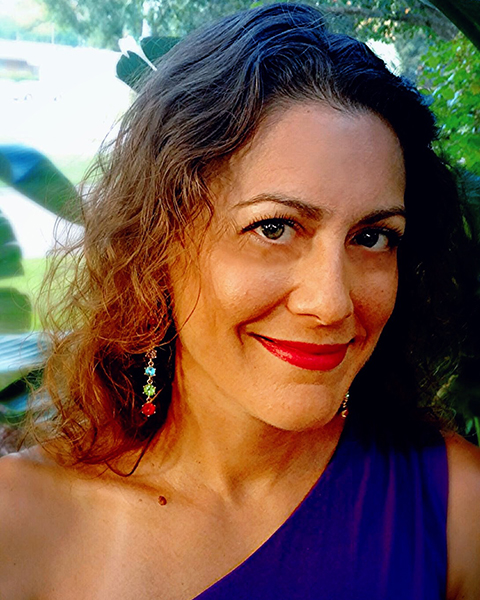 It’s purely magical and surreal to watch my story come alive on stage. I am eternally grateful to my cast and crew, especially Director Lil Barcaski, for making that happen. I initially created War Virgin as a one woman show, and then Lil insisted we collaborate and transform it to a full fledged stage play. I narrate the show and am the lead singer. The actors play out the various scenes of my life. It’s emotionally gut wrenching and a complete riot all at the same time. My artistic background is in singing, where I served as the West Point Cadet Chapel Choir President for two years. Senior year, I was the soprano soloist in Handel’s Messiah. While opera will always be my favorite, I love to sing all types of music and incorporate many styles into War Virgin. To date, War Virgin has been featured in many publications and received numerous accolades. I’m excited to see where this journey takes us. Perhaps Broadway… 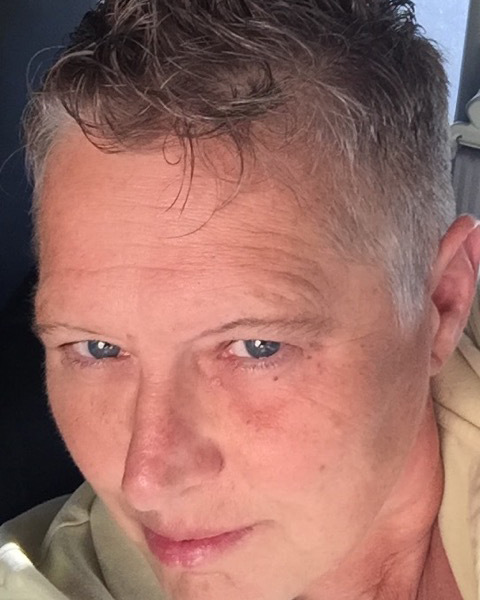 Lil Barcaski is the Artistic Director for the Gypsy Stage Repertory Company, an acting troupe based out of Dunedin, Florida. Lil’s full length original plays, “Dinner for Six” and “The Year of Independent Living”, were both accepted to the Tampa Bay Theatre festival and were very well received by local audiences and critics. Lil’s full length Dramedy, “Picking Up Sticks” has also received staged readings at Stageworks Theatre, Tampa, Florida and full productions at Studio 620, St. Petersburg, Florida. She is working on a drama. “Bang Bang Charlie Foxtrot”, exploring the results of sexual abuse in the military on both men and women.

Lil’s credits include play writing, acting, directing, stage managing and technical work both on stage and in film. Her most noted principle acting role was in the movie “Monster” starring academy award winner, Charlize Theron.

Samantha graduated from University of South Florida in 2013 with a B.A. in Theater Performance. She has performed locally with Stageworks Theatre, WMNF Radio, and The 4×6 Fest. Favorite past productions include In the Next Room (Catherine Givings), Eleemosynary (Dorothea), and Sylvia (Sylvia) – a staged reading which won the WEDU Be More Entertaining Award in 2013. When not performing onstage, Samantha works as a Standardized Patient for the College of Medicine at both USF and UCF in Orlando, portraying scenarios and illnesses for medical students.

Jordan is thrilled to be apart of this zany, original show! Jordan studied acting at the American Academy of Dramatic Arts and improv at The Upright Citizen’s Brigade in New York City. He originated the role of Damien in the Off-Broadway play “The Diary of Nayla Royhue” by Ray Payton. Some favorite roles he’s performed include Felix Unger in “The Odd Couple,” John Proctor in “The Crucible,” and Mortimer Brewster in “Arsenic and Old Lace.” He thanks Laura and Lil for this amazing opportunity and his family for their love, support and patience.

Mike Cote has been involved in the entertainment industry for over 40 years. He has worked in amateur as well as professional theater and television. He has written shows for businesses such as McDonald’s and Sheraton as well as local competitions. He is an actor, director, choreographer and playwright. He wishes to thanks Laura and Lil for involving him in this incredible venture and looks forward to working with a brilliant cast and crew. Thanks and love especially to his darling Susan and son Michael for their love and support. Enjoy!

Gloria de Luna is a retired Software Developer, who began her acting career in October 2013 at Dunedin Showcase Theater. She then became a member of Gypsy Stage Repertory Theater where she spent two years attending acting workshops and performing in several one act plays. She made her film debut in the Independent film, “The Serious Student”. Gloria is delighted and honored to be in the cast of War Virgin and is grateful to Laura Westley and Lil Barcaski for this unique opportunity.

Chazz Kleber is so excited to be a part of this fabulous adventure! His passion for performing flew him to Hollywood, CA, where he pursued his BFA in Acting. He most recently was seen in a post-apocalyptic Jesus Christ Superstar, followed by the MC of a 50s, 60s, and 70s musical revue. When not on the stage Chazz loves to practice stage combat, dance, sing, and write poetry. He would love to thank his family for all of the support they have given him as he dove head first into this insane dream, along with this cast for welcoming him whole-heartedly.

Ashley McConnell would like to thank Laura Westley and Lil Barcaski for bringing together a great show and cast. Ashley is a graduate of the University of Notre Dame where he played football for the Fighting Irish. Ashley started his acting career under the tutelage of acting coach, Andi Matheny, in St. Petersburg, Florida. Additionally, Ashley has worked as a bodyguard for fellow actor and cousin Khleo Thomas. He has also worked as a fitness model on the Home Shopping Network and Tony Little, among others. Ashley would like to also give a special thanks to all who served in the United States of America’s military, including his mother, Pamela McConnell.

Katelyn Stewart has been in the performing arts, including theater, dance and music, since high school. She has appeared professionally with the Showcase Rep as the young nun in “Doubt” and in “Waiting For Godot”. She is very involved in experimental theater, improvisational acting and hoop dancing. She is proud to be in the show and is grateful to Laura and Lil for the opportunity. 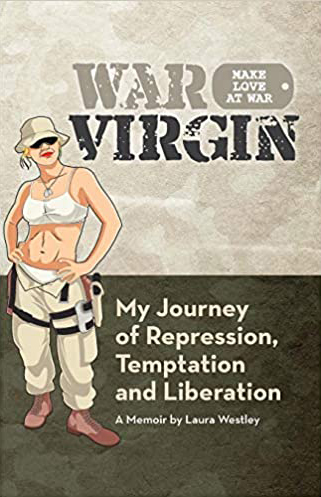 Get the book War Virgin: My journey of repression, temptation and liberation on Amazon. Book and Kindle versions now available.

Buy It Now!
Now Available on iTunes
buy on audible